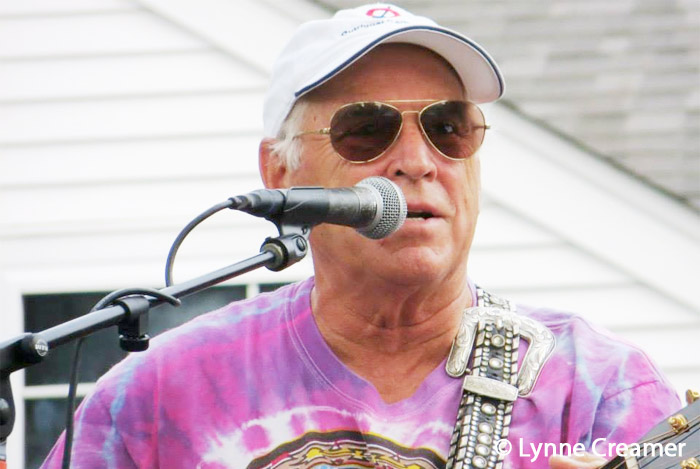 Amagansett Farm, East Hampton, NY – was One Particular Harbor of love on Saturday July 19, 2015 when the Wounded Warrior Project/Soldier Ride returned to town for the 11th year!

The METRO Parrot Head Club had 28 volunteers reporting for duty at 6:00 a.m. to our east end Commander, Joe Lombardi. Joe has been coordinating the club’s participation in this wonderful event since 2007 when the ride route passed the location of our annual family picnic. We established a water stop in full PH/tropical/Tiki style and provided drinks to the passing riders. And water.

Since then, the event has flourished and so has METRO’s volunteer participation. We now assist with registration, breakfast set-up, bike repair service, serving BBQ lunch prepared by the Amagansett Fire Department, break-down, and of course, cheering all the riders from start to finish! METRO club member, Elizabeth Strong, is the local volunteer coordinator, but Liz shows METRO no mercy!

Wounded Warrior/Soldier Ride was established through the dedicated efforts of East Hampton’s own Chris Carney and Peter Honerkamp. The Soldier Ride program offers a variety of services to injured service members including the therapeutic physical benefits of cycling. Soldier Ride takes place all year in various locations throughout the United States and overseas. For the past several years the Hampton’s Ride has been dedicated to Lance Corporal Jordan C. Haerter, a Marine from Sag Harbor who was killed in Iraq in 2008. METRO was all hands on deck to cheer the Warriors from the USA, Europe, and the hundreds of participating riders. 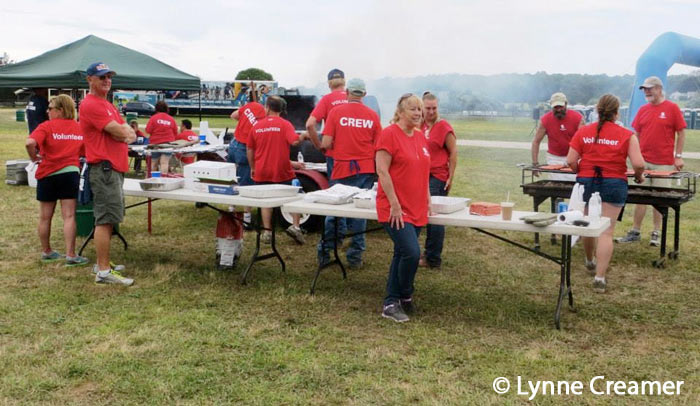 Mission Accomplished! We secured the Farm, and were heading to the Amagansett Square for the post-ride dinner and concert for the Vets, and then… We heard he was in town!

As you know, Parrot Heads have many distinct characteristics, including the ability to phlock to the front of, well, anything. METRO was center-stage and ready for the great music of Nancy Atlas and her band, The Nancy Atlas Project, and then the opening act walked out on stage. Jimmy Buffett appeared to entertain the Warriors and we all shared the fun! 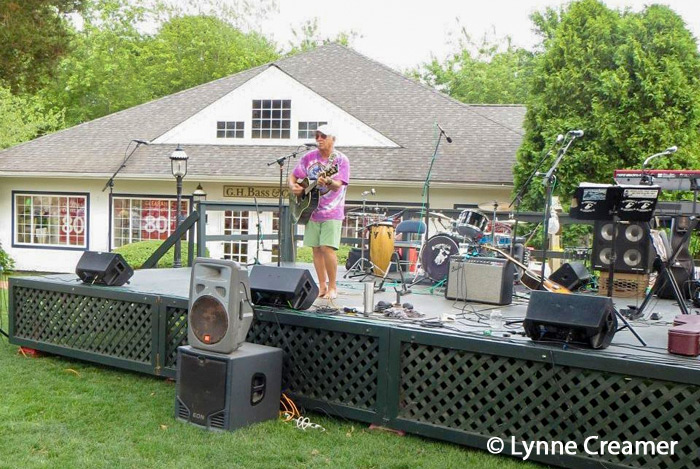 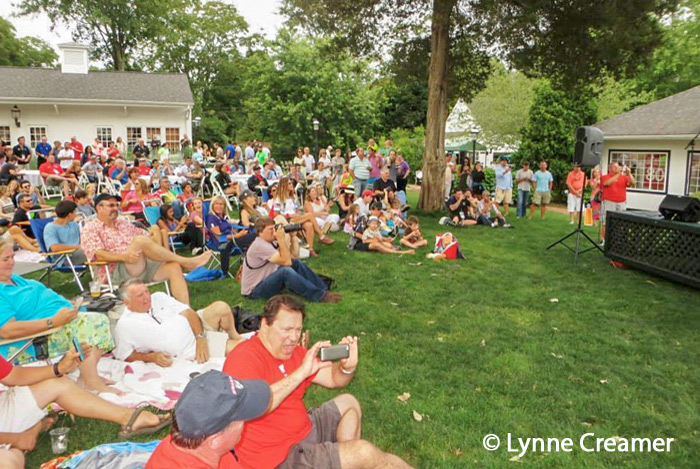 Jimmy rocked the Square with opening song, “Changes in Latitudes, Changes in Attitudes” but then paused when he spotted a few children selling chances to win tickets to his show at Jones Beach. He purchased, and donated, ‘5 for $20’. 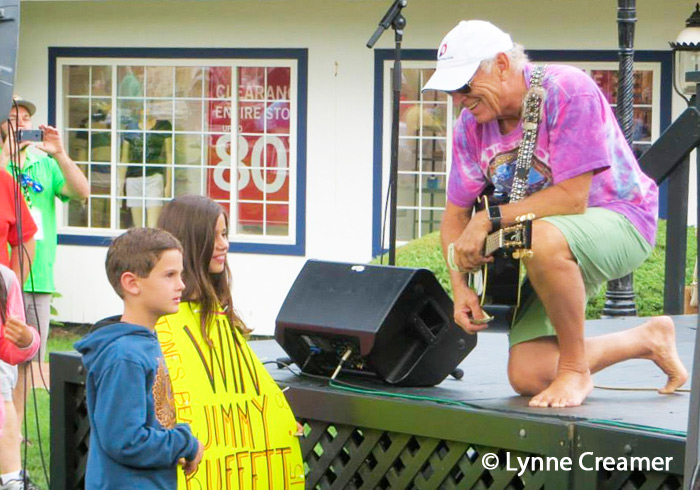 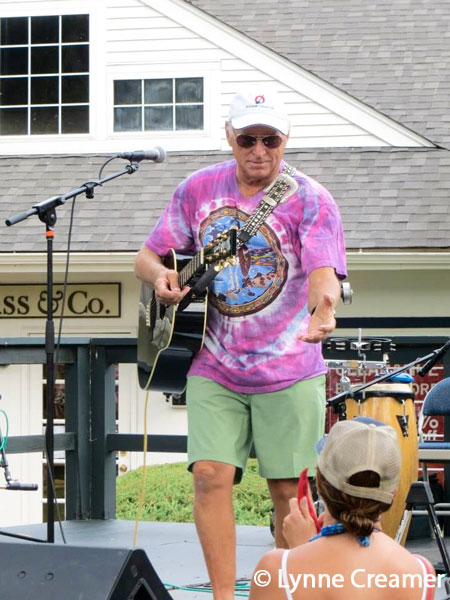 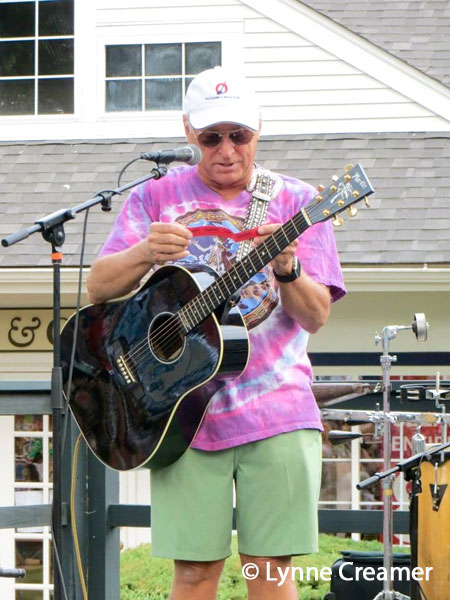 Jimmy took time, at length, to thank the Warriors who were present (approximately 50) and remind everyone how important it is to support the Wounded Warrior/Soldier Ride program.

After “Fins,” Jimmy was presented with a well-deserved appreciation award for his support of the program throughout the years and recognized for hosting fishing trips on Long Island for the Warriors with his crew prior to the Rides, funding event dinners, and many other generosities. 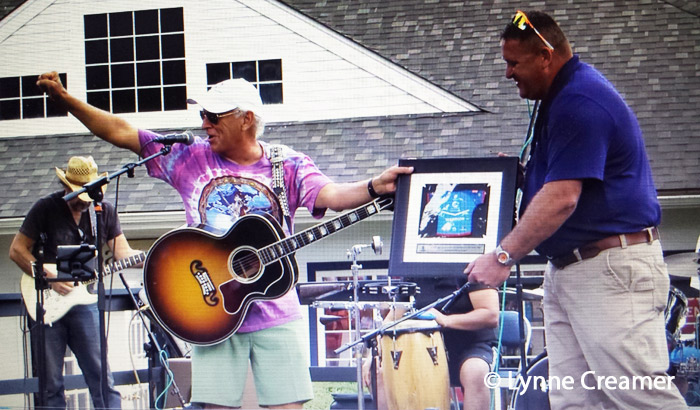 Wounded Warrior/Soldier Ride is one of the METRO PHC’s favorite volunteer events. It is humbling to serve those who have served us. Another great Party With A Purpose in Amagansett! Fins Up!

That was an awesome thing for Jimmy to do! Wish I could have been there!