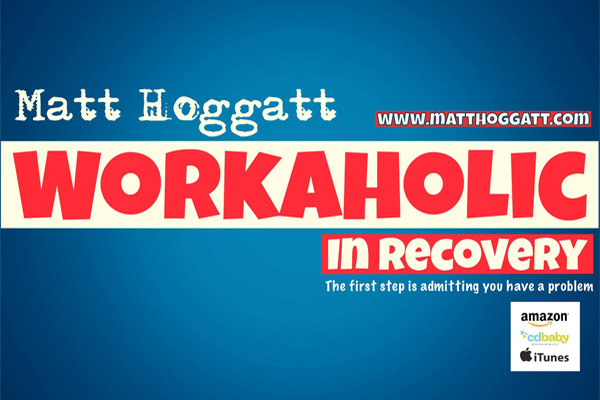 You know Matt Hoggatt. He’s the talented (but lucky!) Mississippi musician who wrote “Dear Jimmy Buffett” and garnered the attention of the Pop of Trop Rock himself. The result? Matt’s first recording was created.

Now he has recently released his second album, “Workaholic in Recovery.” I was able to sit down with Matt recently and talk about his unique marketing and the inspiration for some of the songs off the new recording.

It took about eight months from conception to the completion of “Workaholic in Recovery.” Keith Sykes produced the album and he had some Coral Reefer help with the background vocals of Nadirah Shakoor and Tina Gullickson. I think all the songs on the recording are terrific, but Matt told me the background of a few of the cuts. 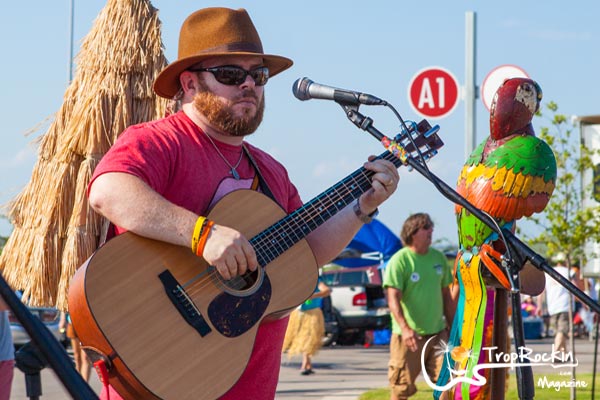 I first asked about “When War Wasn’t War,” a poignant ballad about losing a best buddy in the throes of the battlefield. Matt served in the Mississippi Army National Guard for seven years and had a friend serve in Iraq who shared stories with Matt. The song is a fictional account, but based on real events.

Then there’s “Ballad of Buck Reilly,” which is an indicator of how great social media can be. One of Matt’s Facebook friends is an author named John Cunningham. He has four books published and contacted Matt to write a song about the main character. Matt read the books and… voila!

Matt played the Margaritaville in Panama City, Florida and found that his wife’s minivan was just the vehicle with which to haul all his equipment. He asked the manager’s permission to park the van in a “no parking” zone until after the show, but came out at the end of the evening to find a nasty note left on the windshield… written by someone who took issue with parking there and was certain that the driver was a woman! So, “Minivan Kind of Man” was born!

How many of you saw Matt’s ingenious marketing ploys on Facebook? His album fundraising came from online sources and he has been a master at creating interest and humor with short videos that advertise each song on the album.

I love to watch for his little contests of the week – someday I’ll get him to write a song about me!

Matt is excited to part of the American Legacy Tour at the end of October and also “Singing for Change” tour from Florida to Nashville that also includes some of the Coral Reefers, Confederate Railroad and singer Paul Thorn.

With all he has going on, Matt Hoggatt could be described as a workaholic, but his recovery is pure fun!