For several years, I attended an annual music event and sat in a hotel conference room in tiny Port Aransas, Texas, listening to a trio of singer/ songwriters share songs, stories and jokes. A more intimate setting would be hard to find, perfect for the limited audience. In the last few years, the audiences have grown, the venue has become larger and the array of musical talent even bigger.

The event began to encompass Friday night, in addition to the Saturday night headliners. And the title of this event? It’s the magically-named “Pirates and Poets Songwriters Invitational.” 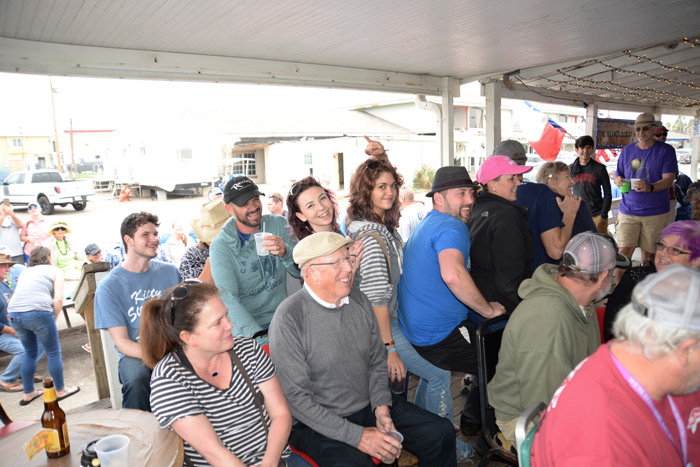 Jon Burns founded the event eight years ago and always wanted the Texas coastal weekend to be more of a “boutique” music experience. This late February weekend event grew and actually sold out in 2016 and 2017. In 2017 the audience enjoyed the Saturday night performance at the Third Coast Theater, an intimate theater-style venue co-built by Texas singer/ songwriter Larry Joe Taylor.

Much of the general public still doesn’t know the extent of devastation that Harvey wreaked upon Port Aransas. The Third Coast Theater was indeed a temporary casualty and Jon moved this year’s Pirates and Poets event to Corpus Christi.

The venue was actually part of a water park called Schlitterbahn Resort on North Padre Island. Convenience abounded for attendees, as many stayed in the Schlitterbahn hotel on Friday and Saturday night. I was very impressed that there were attendees there from coast to coast – fans came from California and Florida and points in between.

The most important aspect of the weekend, of course, was the music. Friday night’s offering was open air on a large deck and the audience enjoyed Jerry Diaz collaborate with Donny Brewer. Steel Pan player extraordinaire Mark Mireles and talented Melanie Howe provided terrific backup for Jerry and Donny. 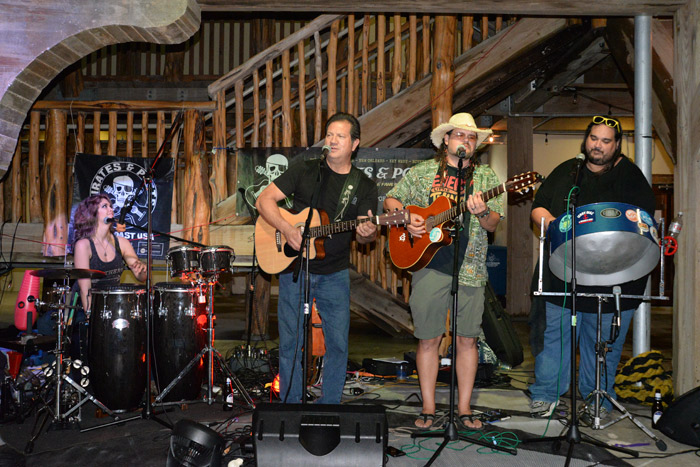 Saturday found a huge crowd at what Jon Burns calls “our favorite dive bar,” Shorty’s, in Port Aransas. Here many of us were introduced to singer/ songwriter Bryan Shayne, followed by favorite duo The Detentions.

Shorty’s Bar was one of the first establishments to reopen after the hurricane and I personally loved the fact that the Trop Rock musicians and fans were able to glimpse the spell that this Port Aransas icon casts over those who visit and have a cold one on the old porch. The weather was stellar for an outdoor afternoon of super music. 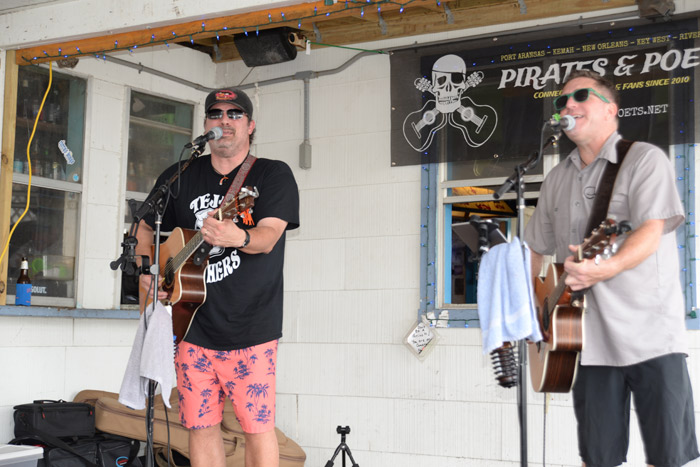 That evening everyone gathered back at Schlitterbahn. The weather was blustery and chilly outside after the sun set, so the final evening of music was held indoors. Cory Young, Kitty Steadman and Eric Erdman delivered a wonderful three hours of music and stories behind the songs. The audience was held spellbound and silent during the music and dialogue… no one wanted to miss a moment! 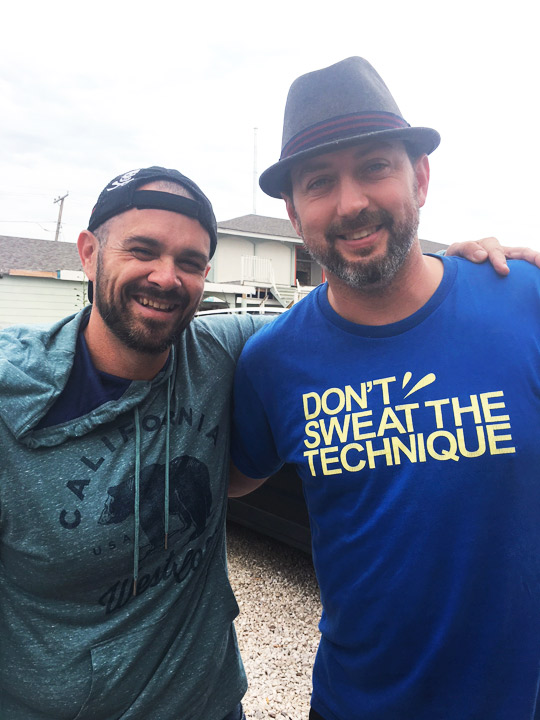 Jon Burns told me “this year’s Songwriters’ Invitational presented a unique set of challenges for us, but we adapted to a new venue and managed to put on a event that we are very proud of.”