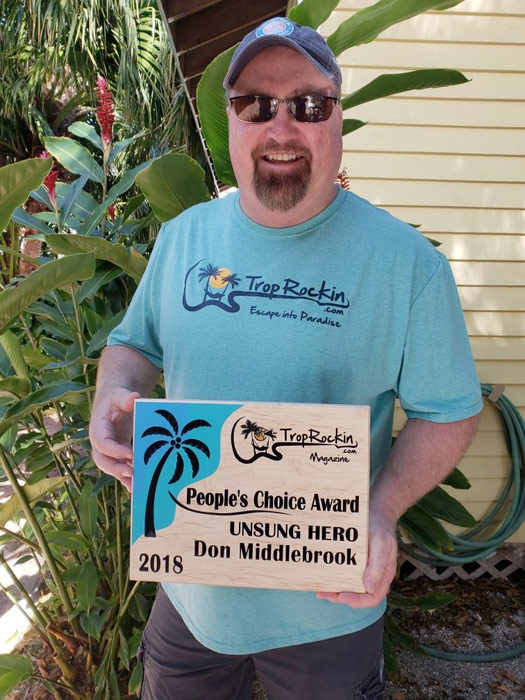 In 2018, 2500 fans voted in the Trop Rockin’ Magazine People’s Choice Awards! Don Middlebrook was honored as the Unsung Hero. This award was sponsored by Radio Trop Rock, owned and operated by Eric and Gina Babin. They literally are “Trop Rockin’ Across the USA,” as they travel to various music venues and events throughout the country bringing you live broadcasts.

Charity is always a top priority for Don Middlebrook. His 2018 campaign to help Mexico Beach, FL recover from hurricane Michael is just one of the many reasons he was honored as the Unsung Hero in the Trop Rockin’ Magazine People’s Choice Awards.


Don’s on a mission to live out his motto, “Changing the world, one drink at a time.” Which is exactly what happened when he decided to take a scenic detour.

On a whim Don followed a highway sign to Mexico Beach while traversing the country on tour. There he found a quaint beach town and the locally owned restaurant, Mango Marley’s.


It seems fate knew what it was doing.

Taking a seat at the bar, he struck up a conversation with Ashley, the bartender. Come to find out, she’s also a teacher. Bartending is her way of supplementing her family’s income which just tugged on Don’s heartstrings. He mentioned he was traveling on tour when the highway sign caught his eye. 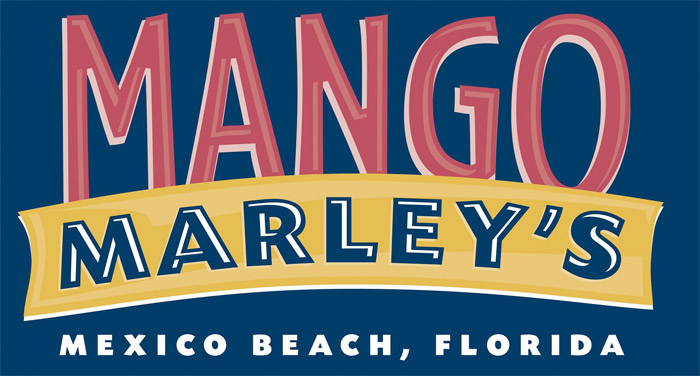 Tour? Ashley was skeptical of Don’s story. Was he really a singer?

As fate would have it, one of Don’s songs started playing through the bar’s overhead speakers. Don said “Hey teacher, Shazam that.” Ashley grabbed her iPad and held it up to the speaker and smiled “You’re the real deal.”

Before the evening was over, Don was already scratching out a new song on the back of a Mango Marley’s napkin. Ashley called a group of her friends to come down to the bar and Don grabbed his guitar for an impromptu performance.


The magic of this unexpected adventure inspired Don and “Mexico Beach” became the title song of his next CD. 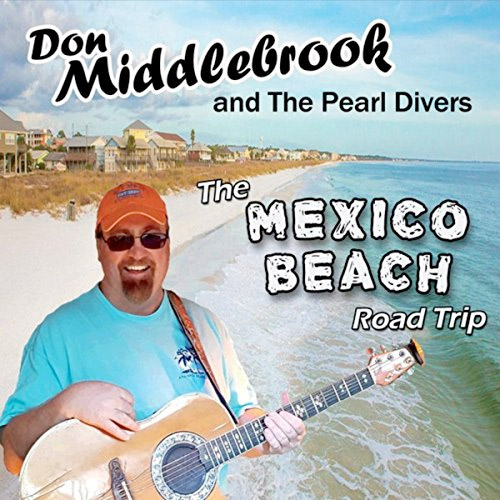 Don and Ashley kept in touch through Facebook and when he finished the song, he sent it to her. She couldn’t believe she made it into a song! Soon, Don took out on his next tour, aptly titled “The Mexico Beach Road Trip” and performed a CD release party at Mango Marley’s in June of 2018.


Then on October 1st Hurricane Michael swept through the panhandle of Florida wiping out this little gem of a beach town. Mango Marley’s was still standing (sort of) but most everything was lost including the restaurant equipment. 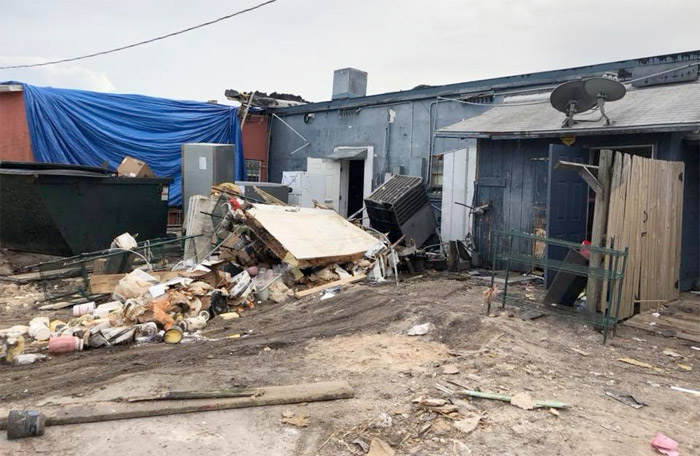 Don didn’t hesitate. He set out to help Mango Marley’s and the Mexico Beach community.

Enlisting his fans, he pledged to donate all money from the downloads of “Mexico Beach” and earnings from spins of the song on 45,000 jukeboxes nationwide.

Don was able to donate $1000 from downloads alone and contributed another $900 from his tips.


More Parrot Heads jumped in to help. Music City PHiNs raised $700 for the cause.

And the generosity continued during a gig a the Conch Republic Seafood Co. when several large donations came up from the crowd finally amounting to $1000. 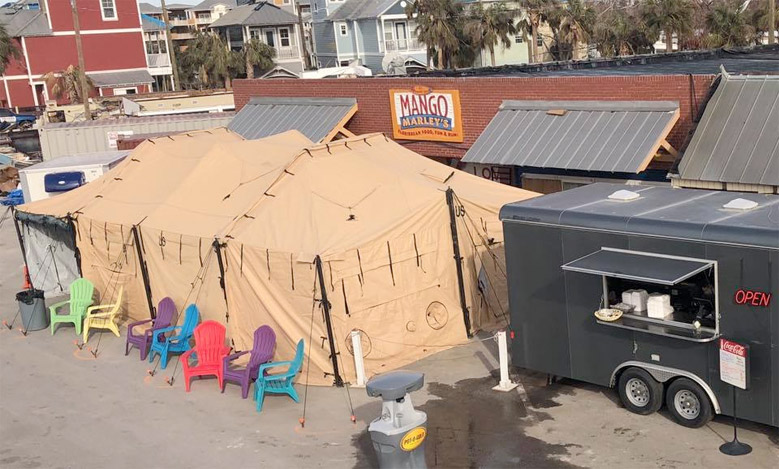 Even the words Don wrote in the song, “it’s like something came out of nothing, it makes you think” took on a whole new meaning.

It seems destiny had a plan all along.

Through Don’s passion for charity and compassion for people, he was able to donate $5000 to help in the rebuilding of Mexico Beach.

After this successful charitable campaign, Don is now lending his voice to help hurricane victims in Panama City, FL.

It’s two nights of “Changing the world, one drink at a time”


Plus look for Mayor Gonzo Mays and a live broadcast from Radio A1A.

If you’re unable to attend, but would love to help, here’s where you can donate online: FB Fundraiser 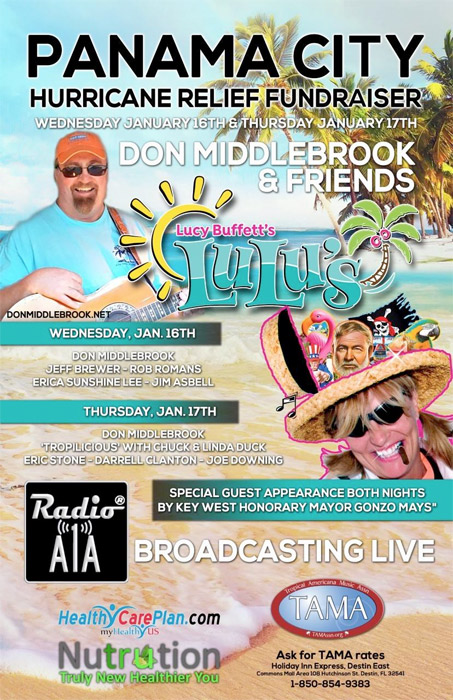