If you’ve ever walked down the world famous Bourbon Street in New Orleans there is no doubt you also spied this world famous drink.

It’s called “New Orleans’ most powerful drink,” it’s only served on Bourbon Street and only at the five bars owned by Earl Bernhardt and Pam Fortner, most notably the Tropical Isle.

Earl and Pam are the creators, owners and distributors of the iconic drink: The Hand Grenade. 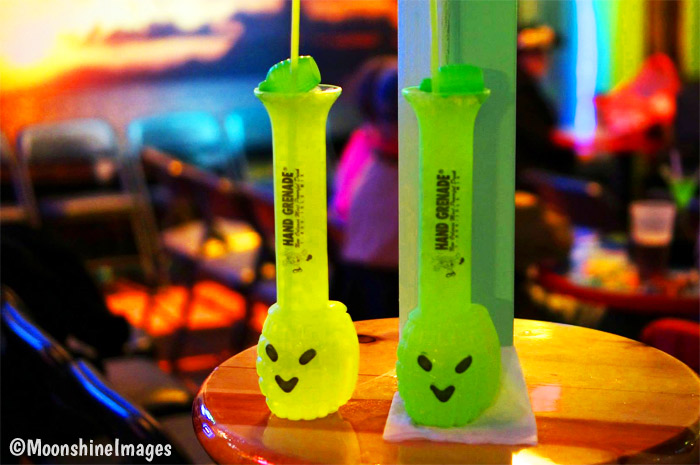 How did it become the world famous drink it is today?

In 1984 Earl and a friend decided to open a concession at the New Orleans World’s Fair. No, they didn’t have the Hand Grenade quite yet. Pam Fortner was hired as a bartender and they served frozen daiquiri’s for 6 months at the very last World’s Fair to take place in the United States.

The fair was a bit of a disaster, but their concession stand did great. Believing they had a great following, Earl and Pam went into business together. In December 1984, they opened the first Tropical Isle on Toulouse Street. Earl describes it as “just a little hole in the wall dive bar.”

A year later, the Tropical Isle business wasn’t doing all that well. Turns out it wasn’t their great following that made their World’s Fair concession a success, according to Earl it was “serving frozen drinks in 100 degree weather” which made it so popular. Pam and Earl knew they needed a hook to draw in customers. 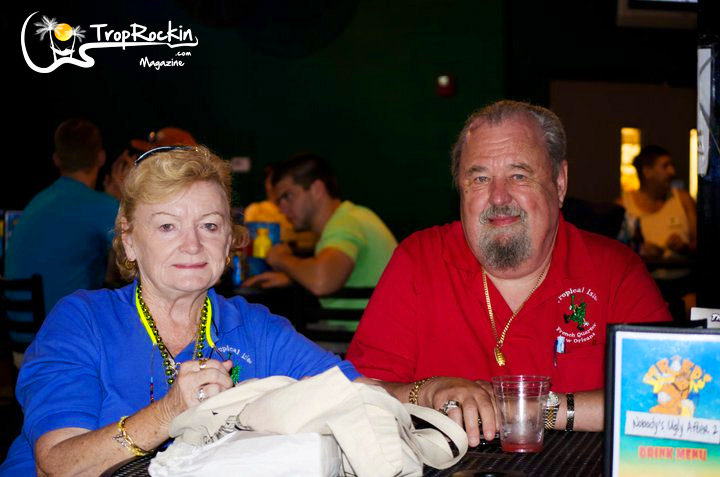 “One Saturday night we were standing outside of my bar looking towards Bourbon Street, which was 50 feet away. So we were 50 feet away from a good location” Earl jokes. What they noticed was everyone seemed to have a Hurricane in their hand. As they watched the throng of revelers go by, Earl commented “We’ve got to cut into that market.” To get on the map, Tropical Isle needed their own signature drink.

The concept came first: It had to be very strong, much stronger than the Hurricane. It would have a military theme. It would be green. It would be called The Hand Grenade.

Now, they just needed to create the drink. After a few months of experimentation, they did it. They created what Earl describes as “a strong drink with a melon flavor made with 13 ingredients.”

Their new drink was an instant hit. Tropical Isle quickly became popular with the college kids (back then the drinking age was still 18). They hired Al Miller who Earl depicts as “the Cajun Jimmy Buffett” and Tropical Isle was the first to bring the tropical-escape style music (now known as Trop Rock) to the French Quarter.

With the popularity of the Hand Grenade it became impossible to keep up with the demand of making them by hand. Earl and Pam partnered with the National Fruit Flavor Co. to create a concentrated liquid mix. Today, the drink is made behind the scenes in the walk-in coolers of their large, directly on Bourbon Street establishments (there are 5 of them!). Bartenders mix the concentrate in 65 gallon containers with water and a “powerful liquor” distilled just for Tropical Isle. 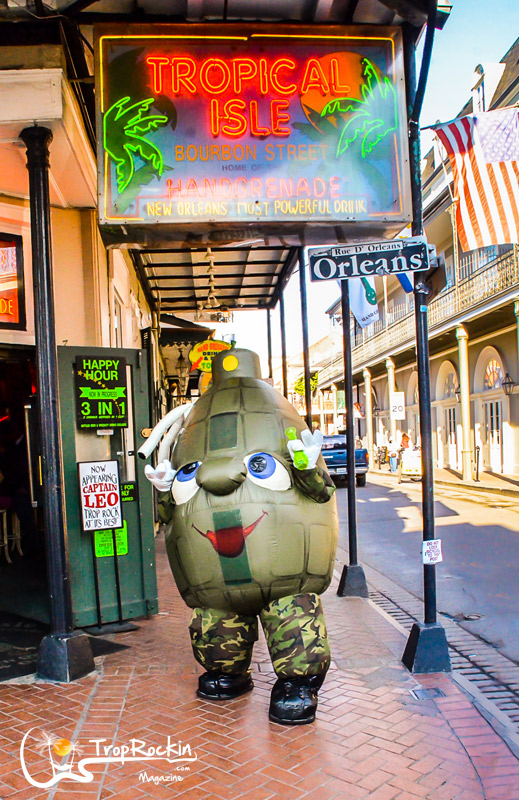 Tropical Isle now sells almost a million Hand Grenade drinks each year and I believe Earl when he says “It’s the most popular drink in the city.” If you can’t get to New Orleans to enjoy a Hand Grenade, you can always order online at Tropical Isle

The recipe? Well, that’s a secret.

Earl and Pam are well known for their funny Hand Grenade commercials! Here you can watch the reenactment of the creation of the Hand Grenade.

Thank you for the lovely article. We truly do appreciate it. Sincerely, Earl Bernhardt - co-owner of Tropical Isle