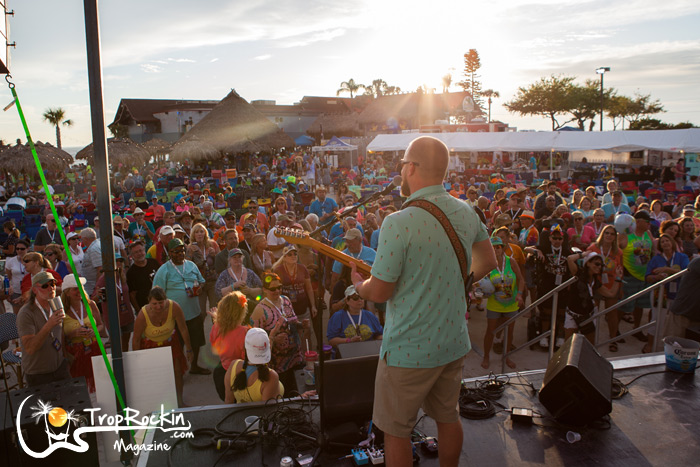 You can’t really ask for a better venue for a Trop Rock music festival. Whiskey Joe’s features a large swath of beach, nearly surrounded by water and palapas scattered around to provide shade, plus a large restaurant steps away for great meals and drinks all contribute to Music on the Bay.

This amazing musical festival has won Best Trop Rock Large Event for several years now in the Trop Rock Music Association Awards. I made a visit recently and the District Manager, Marty Duffany, found time to sit down and give me his impressions of why Whiskey Joe’s loves being the host venue for Music on the Bay. 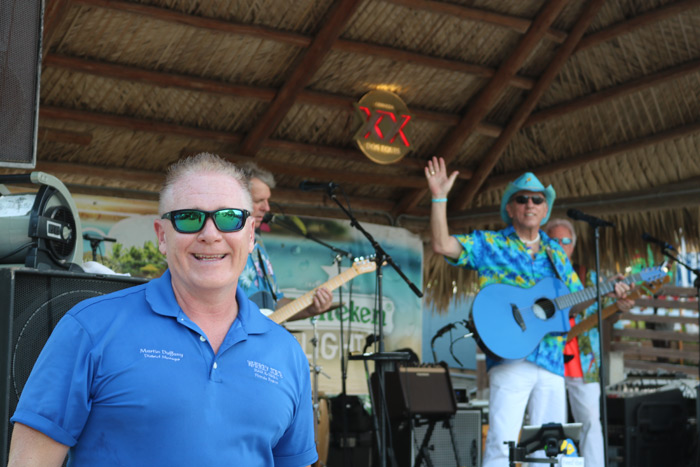 Marty is the District Branch Manager of SRC, which runs all the Whiskey Joe’s locations in Florida. The Tampa Bay Parrot Head Club was formed back in 1994 and the original Whiskey Joe’s was their first home for meetings and happy hours. Hurricane Charlie destroyed the original structure in 2004 and what now stands and is a host venue for a many good times was built in 2010.

The Tampa Bay Club returned there and “TBPH and Whiskey Joe’s forged a strong loyalty and PHriendship bond. We have remained at Whiskey Joe’s for our meetings and events,” Dorothy Bedlin let me know. Dorothy is well-known as the former president (and major mover & shaker) of the Tampa Bay Parrot Head Club. 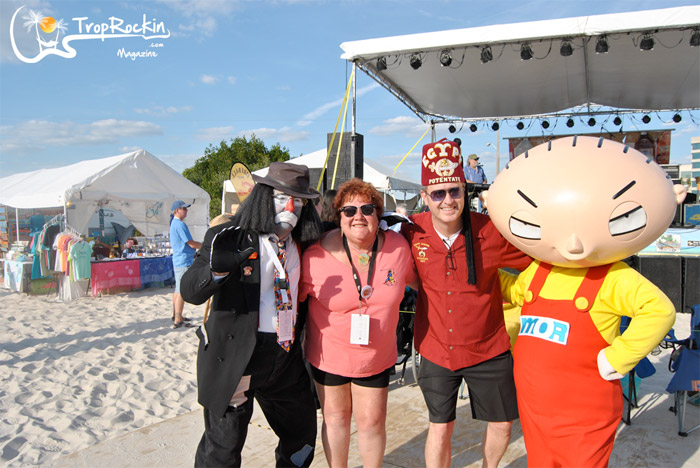 The Club president back in 2010 was a fellow named Bryan was approached about TBPH hosting a music festival featuring Trop Rock music. According to Dorothy, “Music on the Bay was born, and it was a ‘no brainer’ to have the event at Whiskey Joe’s.

What better venue, on the Bay, and has sunshine and sand everywhere?” There are several hundred folks who agree with Dorothy by attending Music on the Bay for the wonderful music and beach atmosphere every year. 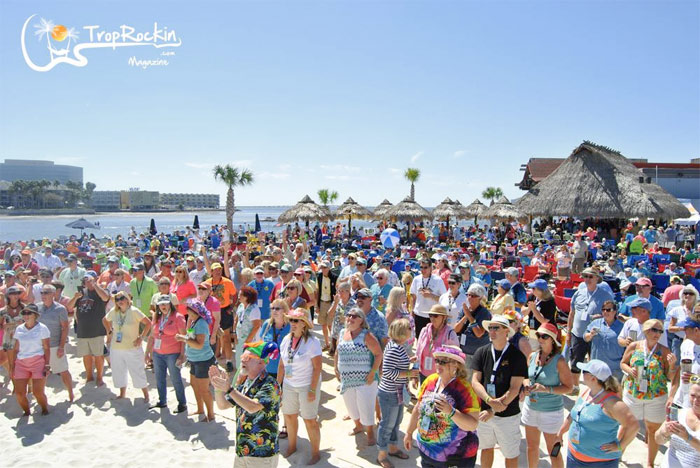 Marty told me that the first Music on the Bay in 2012 was just Friday, Saturday and Sunday and only encompassed the Tiki Stage, which is a smaller platform. He smiled when he said they made $10,000 in the first year for charity.

fHe soon suggested a larger stage and the number of musicians and sponsors only got larger, also. “It’s an amazing group of people who put Music on the Bay together,” he boasted. “They have 40 people on the committee.” There are now some wonderful vendors and fun contests, such as the hat competition.

I found it interesting that the Tampa Bay Club is an environmental charity club and had to change its bylaws to accommodate Shriners Hospitals for Children as their signature charity for Music on the Bay. In fact, Shriners home office is located right across from Whiskey Joe’s.

In the past 8 years of MOTB, an amazing $332,000 has been raised for Shriners Hospitals for Children. How fabulous is that? This year the event includes a tour of Shriners Hospital on Wednesday, for early attendees. 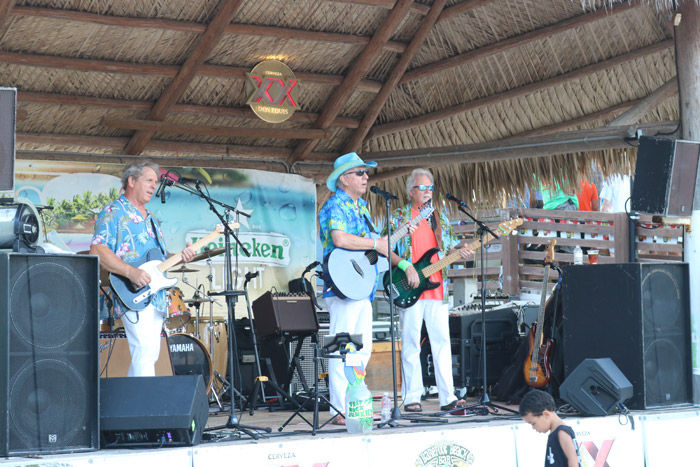 On the night we were there, Steve Tolliver and his Trop Rock Junkies were playing on the Tiki Stage, so great music is abundant all year round at Whiskey Joe’s. We felt right at home as we shared a table with Cookie and Jim Goranson of Wacky Parrot Store fame. We savored some great drinks and food and were treated to a stellar sunset over the water.