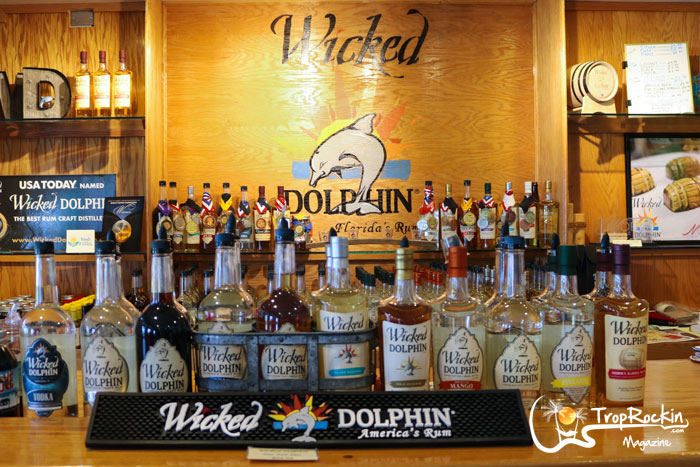 While in southwest Florida, I asked my husband to check on what there was to see while we were driving through Cape Coral, Florida.

The number one place recommended was the Wicked Dolphin Rum Distillery and we were only minutes away, so of course, we had to visit. 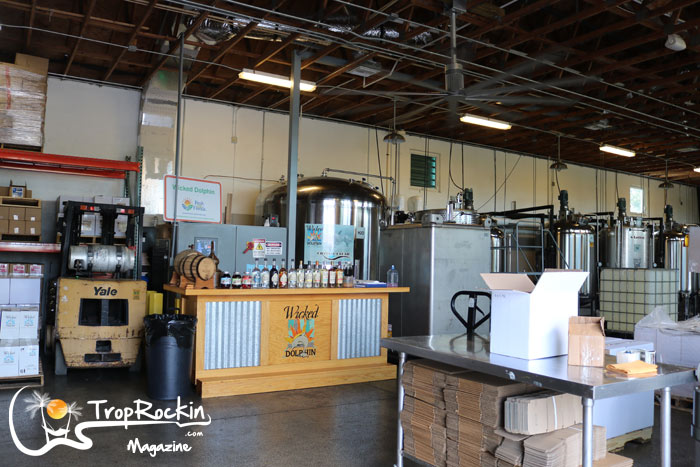 We arrived and entered a tasting room, peppered with the requisite t shirts and souvenirs. We received a very happy response to our question about how much a tasting costs. It’s free!

Florida state law prohibits charging for alcohol tastings, so we got right down to business and sampled six rums each.

Small batches of rums at this distillery make the varieties even more special.

The distillery opened in 2012 and uses 100% Florida sugar from nearby sugarcane fields. Limited edition rums are aged in various flavors of bourbon barrels and the one I tasted of that variety was a maple flavored rum. 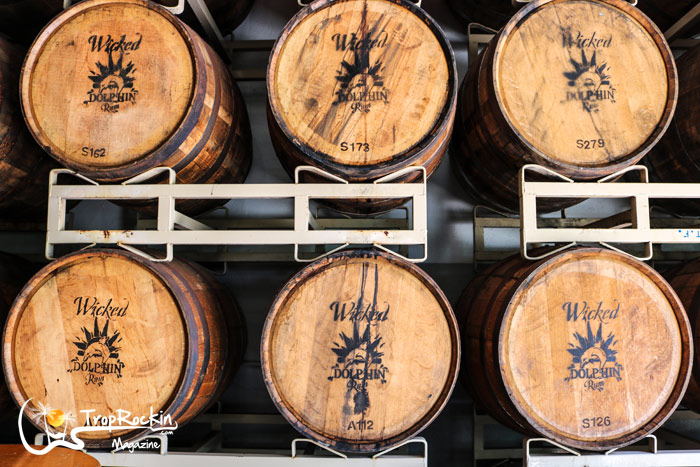 There is a requisite coconut rum and a wildly yummy vanilla variety. I was told the vanilla rum was featured in the recipe found in that month’s Wicked Dolphin newsletter, which was a Pina Colada shrimp concoction.

You can sign up for their newsletter via the distillery’s website at Wicked Dolphin Rum and keep up on events, discounts and recipe ideas. 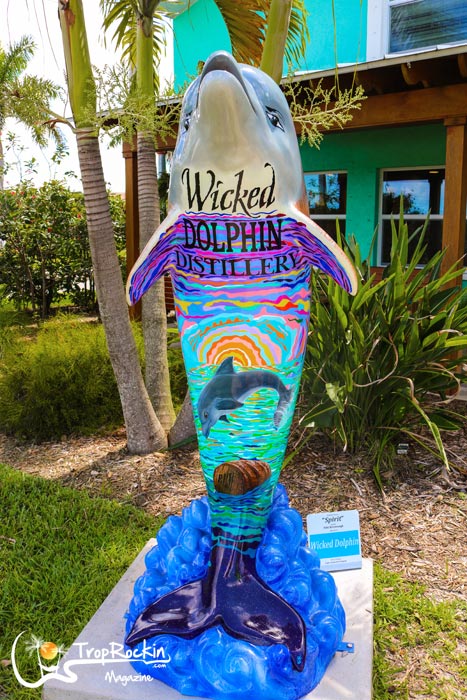 The distillery tour showcases the steps taken to produce their various rums.  How they ferment and distill the liquor and a peak at their barrel room where visitors learn how the rum ages for color and taste.

Unfortunately, we didn’t have an extra hour to delve into the tour and opted for savoring the rum tasting.

Where to Buy Wicked Dolphin Rum

There are over 4,000 retail outlets in which Wicked Dolphin can be found, but none are in my home state of Texas. Thankfully, they now can ship rum to your door.

Florida friends, you are in luck with this liquid goody offered throughout the state. For me, I’m glad I picked up a few bottles and can replenish online when we’re ready for our next batch.

Save it for later and Pin it!