Jimmy Buffett played Frisco, Texas (just north of Dallas) on June 10, 2017 and I was there. Actually, this was his 10th anniversary of playing the soccer stadium in Frisco and I’ve been there every single year since the beginning.

The venue is good, but the parking lot party that goes on for three days in nothing short of amazing! I headed out with camera in hand and found some familiar sights and met some new folks this year. 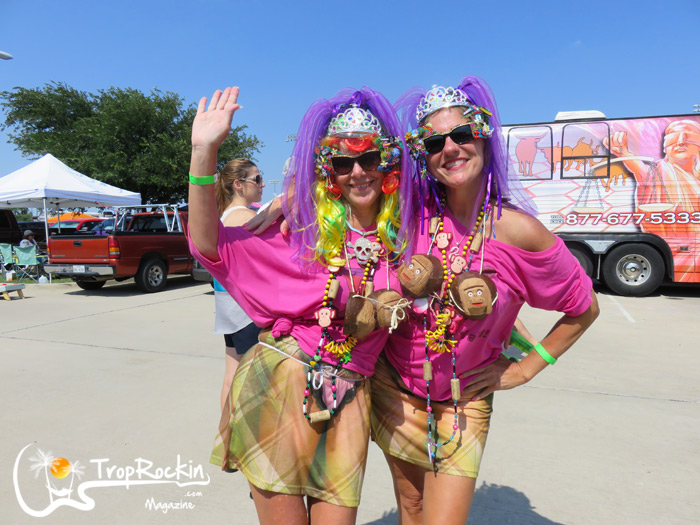 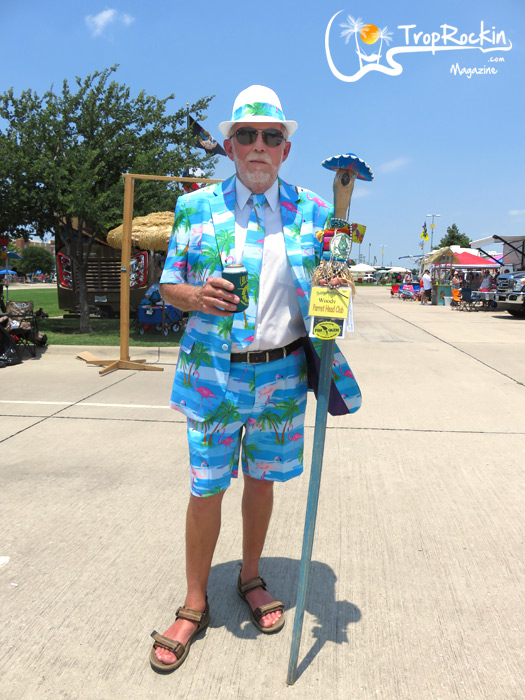 There are various huge parking lots that nearly surround the stadium (currently known as Toyota Stadium), but I prefer to headquarter in the Gold lot. That is where all the Parrot Head Clubs (PHC) from around Texas, and as far away as Oklahoma, Louisiana and Arkansas set up shop. 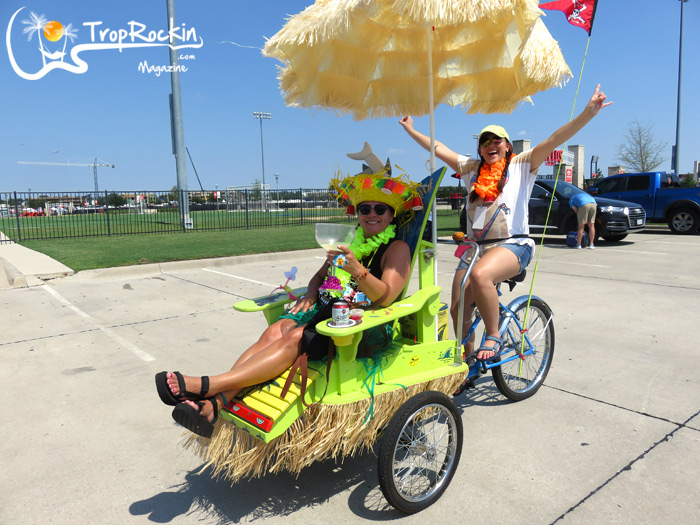 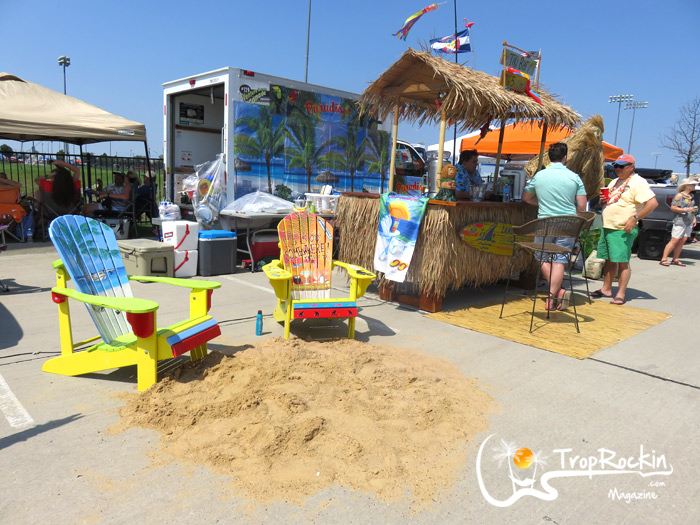 The most activity is provided every year by the Lone Star PHC, as they execute their biggest annual fundraiser. They set up a nice port-a-potty truck and sell wristbands to enable the wearer to visit as often as needed, which is very important!

They also sell cheeseburgers and provide an ice shot luge and other games for donations. When I visited the membership booth, they were busy signing up new members. All their money raised goes to the local USO every year. 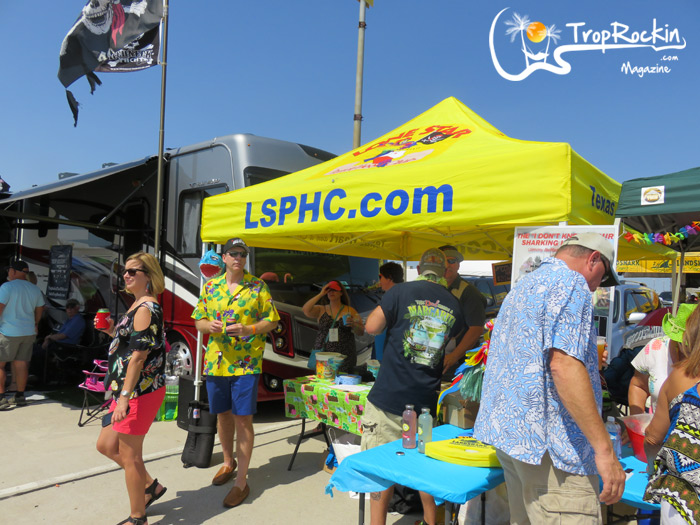 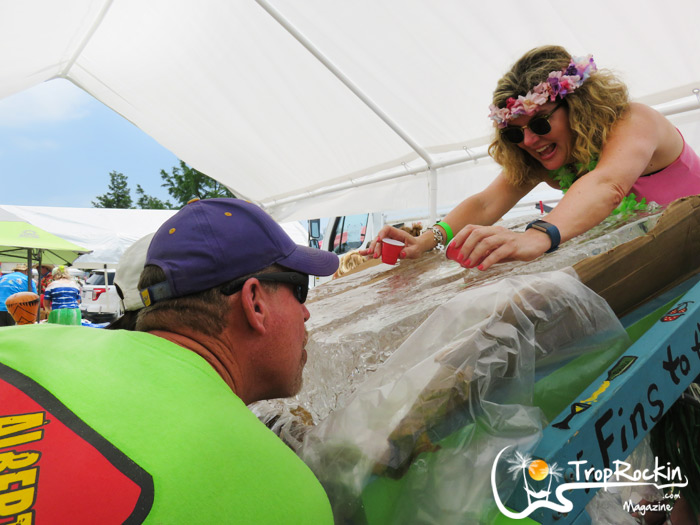 Another club that makes a difference in the Gold lot is the Cedar Creek PHC. They have a large tiki bar and serve beer and margaritas for donations. What we really love them for is the live music they bring in to entertain. Friday night we were entertained by Jerry Diaz, Donny Brewer, Kelly Brown and Brittany Kingery – what a lineup!

On Saturday, local singer Don Burke played, followed by Thom Shepherd and Coley McCabe. Then the Bad Monkeys brought the dancing music to end the afternoon. After they stopped, it was time to go see Jimmy, but with all that great music already… well, let’s just say that if you didn’t have a ticket to the show, you still enjoyed a fantastic two days of Trop Rock music. 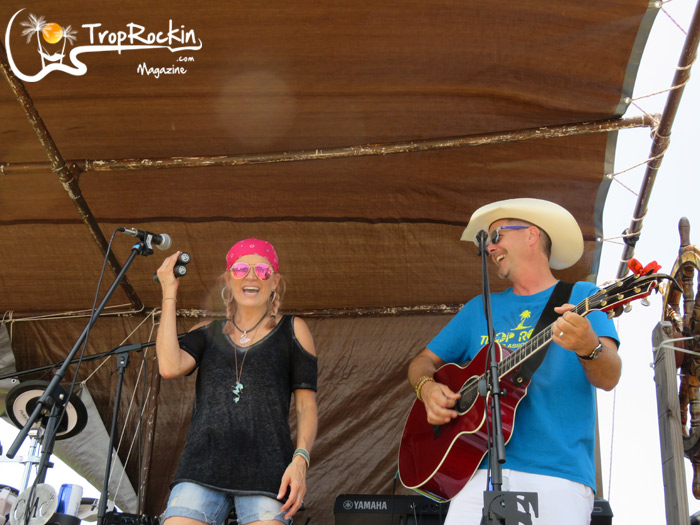 I ventured over to the Red lot, which is known to have the largest quotient of “party” and “outlandish.” The Fin Men were holding court, as they usually do and we had a great reunion from when I interviewed them for Trop Rockin’ magazine in Las Vegas last fall.

I also finally got to sit down with Jimmy Groovy, who is a Jimmy Buffett impersonator from California. Groovy has been to Frisco for the last three years and proclaims it’s the absolute best parking lot party before a Buffett concert in the U.S.! 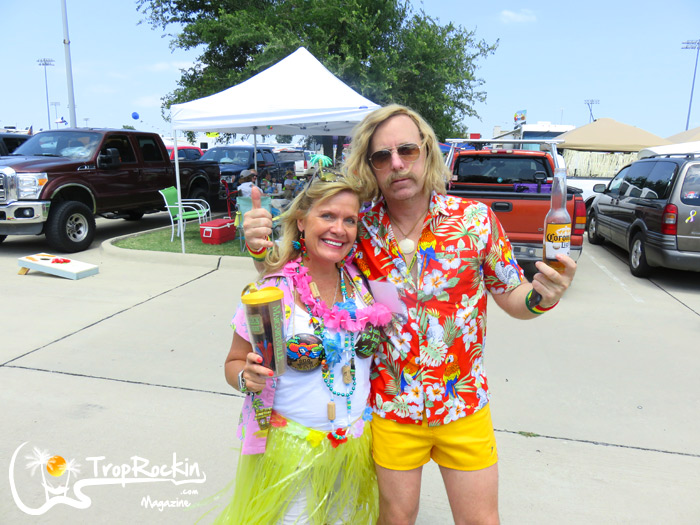 He had been hired to play by a group called the Some Beach Pirates and it was fun to get to know them, as well. This is a group of fellows from nearby McKinney, Texas who dress as pirates and sing interactive karaoke from their pirate ship stage.

They started as a group of couples (with their wives, of course) who decided they wanted to be a major part of the Red lot craziness. They built a tiki bar, then converted a 1987 church bus into their pirate lair and also built their amazing pirate stage. 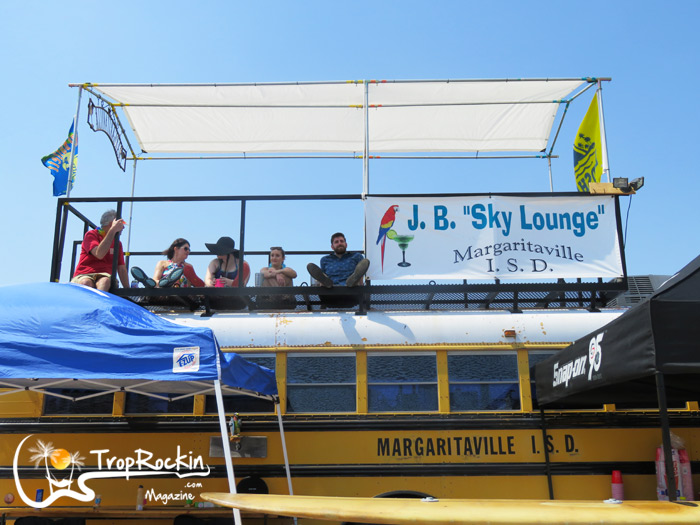 Twenty people are now involved and pay their “pirate share” each year to bring in entertainment and give out trinkets and drinks, but they also ask for contributions. The Some Beach Pirates are working toward becoming a 501(c) 3 organization and choose a different charity each year for which to donate the money raised. This year their contributions were designated for the North Texas Food Bank. 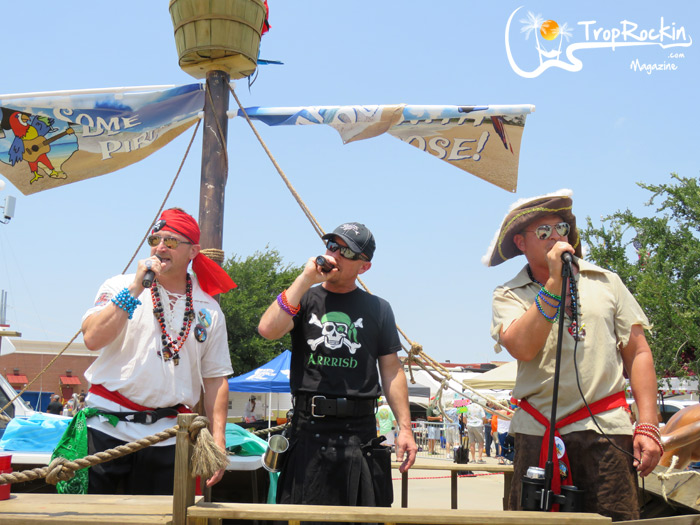 What advice can I give to someone who wants to go to see Buffett in Frisco next year? Get a Gold parking pass from the Lone Star Parrot Head club (if you’re in a PHC that participates) or plan to get there very early if you park in another lot.

Remember, the lots are open to RVs and those folks line up for two miles out before they open the lots on Friday morning. Bring cash for all those donations to charity and plenty of water to stay hydrated – it’s a long, warm day!