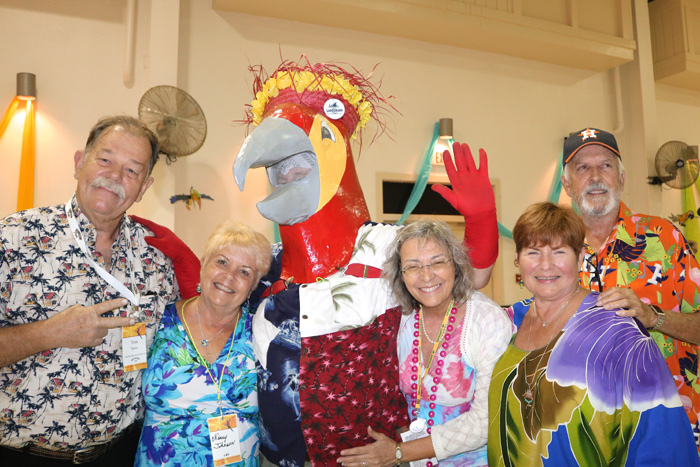 The Parrot Heads of Port Aransas (PHOPA) had to halt their annual fund raiser, “Wings Over Port A” in the fall of 2017 due to that dastardly hurricane named Harvey. The members were scattered in other locales other than Port Aransas, venues and hotels were closed and the small town was still littered with debris from the storm.

In 2018, however, the Port Aransas members were ready for a comeback on October 12 and 13. And what a comeback it was!

The weekend began Friday with a dolphin-watching cruise that took place in the waters of the bays and channels near Port Aransas. A bonfire on the beach later was also a big hit, with delicious loaded baked potatoes served by firelight. Mani Andrade, of the San Antonio Parrot Head Club provided background music on the beach. 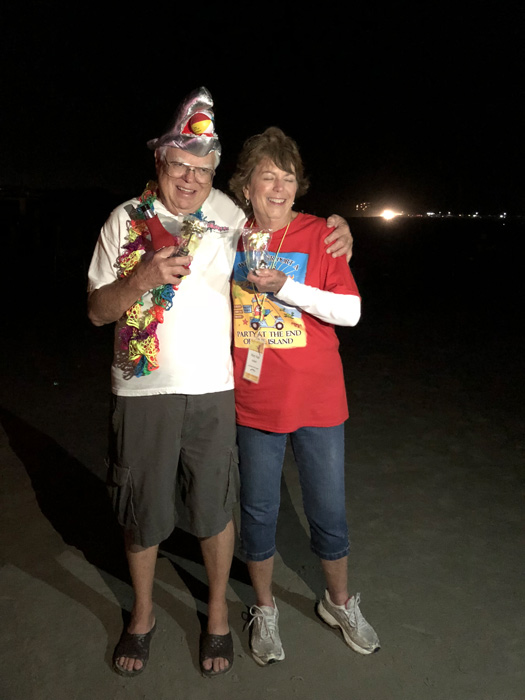 Saturday kicked off with a morning turtle release at the Amos Rehabilitation Keep (ARK), which is an establishment dedicated to rehabilitating and protecting sea birds and turtles.

A large crowd thoroughly enjoyed a tour of the facility (which is still undergoing post-Harvey renovations) and then scrambled over rocks near the jetties to see a small turtle released back into his watery natural environment. 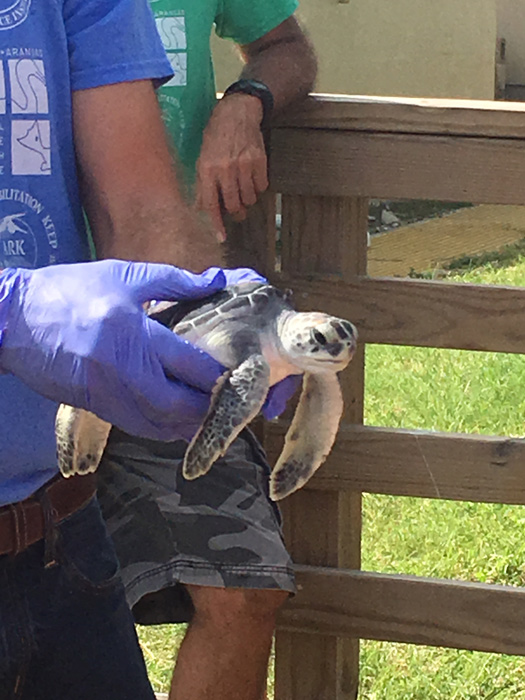 It was a warm, sunny Fall day, so some attendees enjoyed beach time, but PHOPA provided a couple of other interesting events from which to choose.

There was a fascinating ”Behind the Scenes” tour of the town. Did you know there are remnants of cannons that were placed strategically close to the channel during World War II to deter German submarines?

A painting class was also held at the Port Aransas Art Center. What was the subject to paint? A colorful parrot, of course!

Saturday night was the main focal event of the weekend and a record crowd of over 180 showed up to eat some great food, bid for Silent Auction and Live Auction goodies, and dance to the music of Jerry Diaz and Hannah’s Reef. 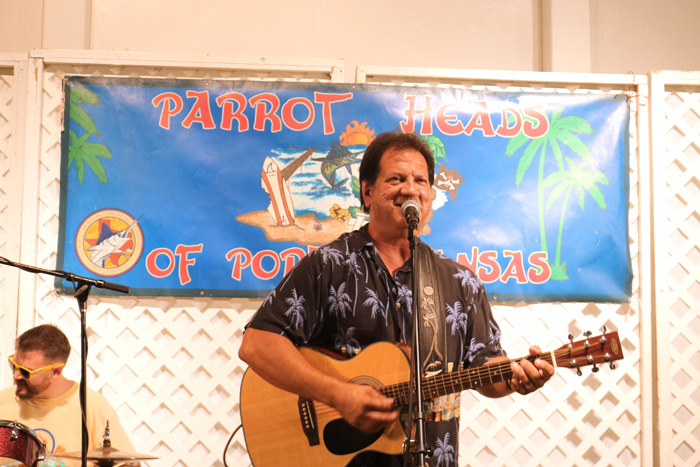 The Silent Auction had some intriguing and unique items not found on an ordinary auction event.

With many of the local businesses closed or still getting back on their merchandising feet, Parrot Heads of Port Aransas members got creative and made some beautiful works of art from wood found after the hurricane last year. 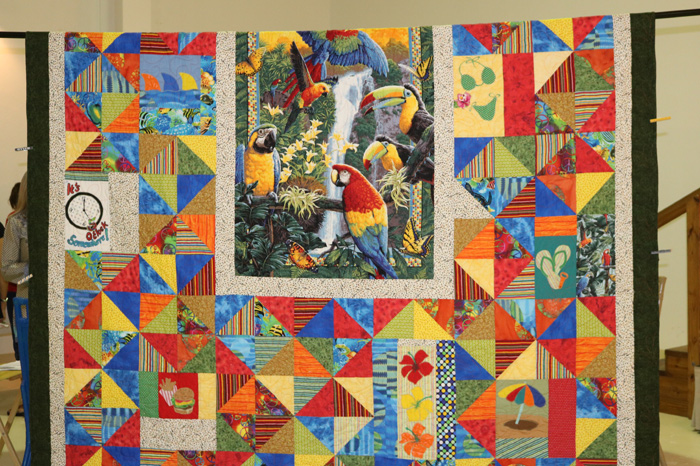 They raised $11,000.00 to be donated to the ARK (Amos Rehabilitation Keep) and to the local VFW Care and Share program. The $540.00 raised from the art class went to the Port Aransas Art Center, so the weekend was a huge success for local charities.

Most important was that the Port Aransas Parrot Heads came together a year after a crisis and worked hard to help those still in need. They proved, too, that “Wings Over Port A” is loads of fun for all and despite natural disasters, they still can “Party With a Purpose.” 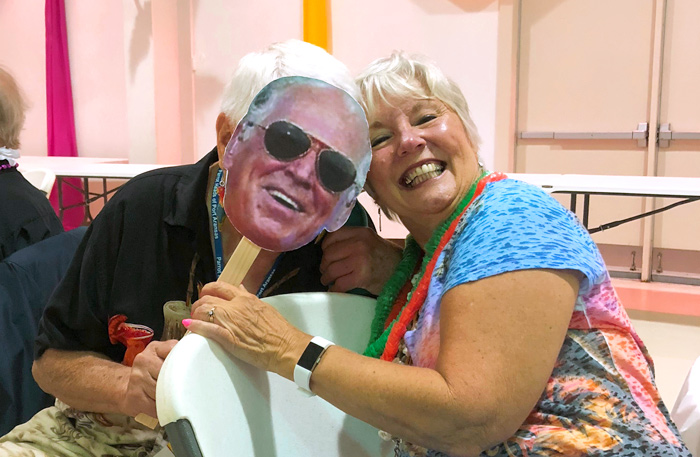