Apple Cider Martini is an easy cocktail recipe with delicious fall flavors of apple with hints of spices and cinnamon. Depending on the flavor of apple cider you choose, this fall cocktail will taste like crisp apples or a deliciously cozy apple pie martini.

This Apple Cider Martini recipe is ideal for a fall evening cocktail. It’s the time of year when we break out the fall decor, crave apple pie and make a delicious apple cider cocktail after a long day.

Since this apple cider cocktail is so easy to make, it would be perfect as a signature cocktail to serve at Thanksgiving or any fall party.

Simply combine the perfect amount of apple cider and vodka for a stout and delicious fall martini.

What is the Best Vodka for an Apple Cider Martini?

Vodka Martinis, like a classic martini, are strong drink recipes. In this Apple Cider Vodka Martini, there is an equal amount of vodka and cider. Using good quality vodka is crucial to creating a smooth fall cocktail.

Make sure to choose Grey Goose Vodka or one of similar quality. Grey Goose is a smooth vodka, easy to drink and doesn’t have the harsh bite of lesser quality vodkas. 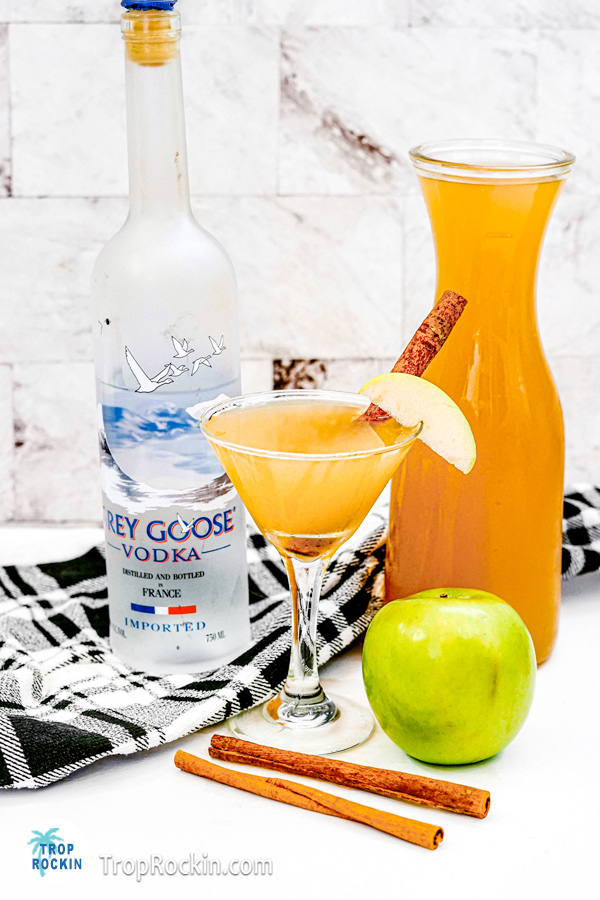 Can I Use Apple Juice Instead of Apple Cider?

Yes, apple juice is an easy substitute for apple cider!

Apple juice is basically apple cider that is more filtered, not leaving any apple pulp and is pasteurized so it will last longer. Both apple cider and apple juice are readily available this time of the year at local grocery stores, so choose the one you prefer.

I use pre-made spiced apple cider, but if you want to make your own, here’s a recipe for homemade apple cider. 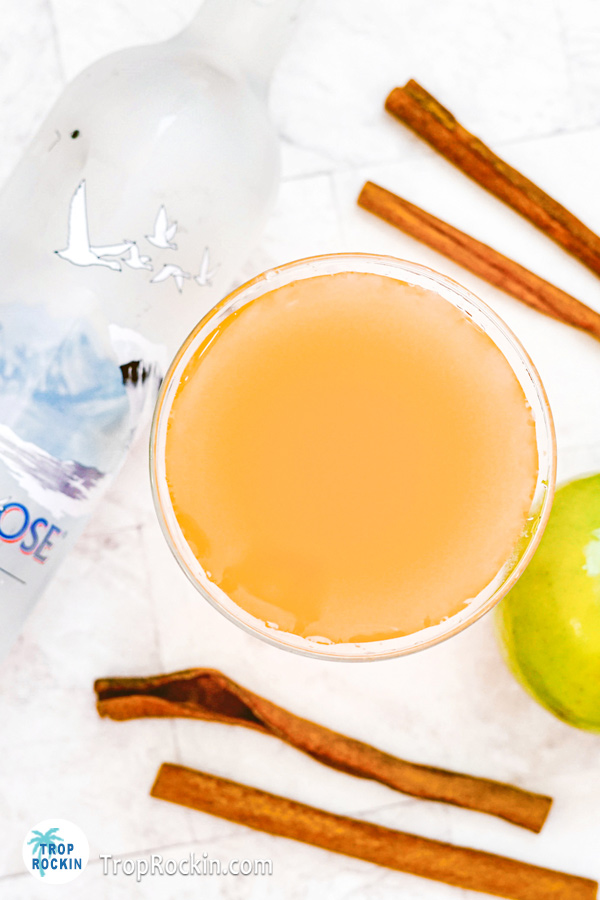 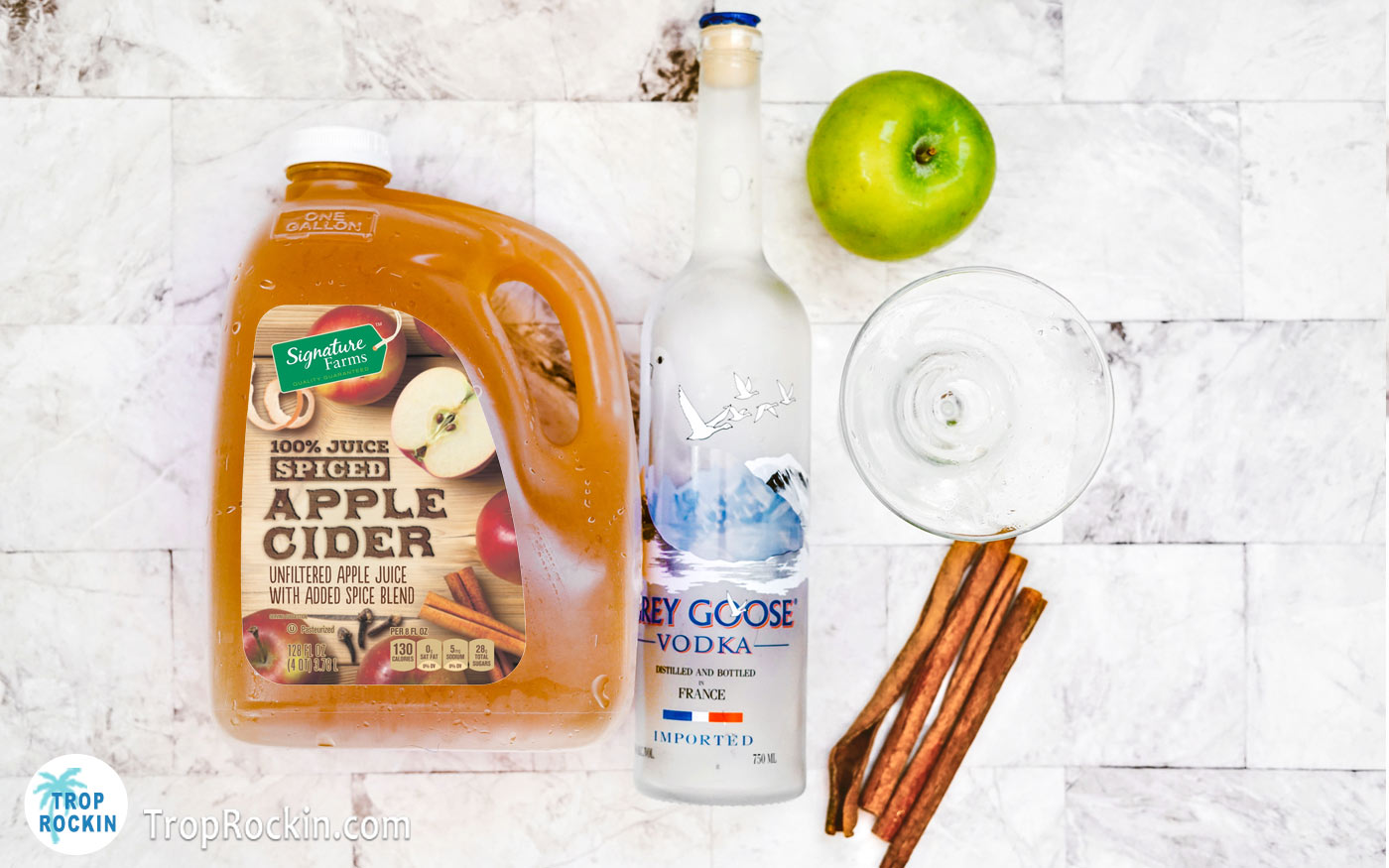 How to Make an Apple Cider Martini

Here are the easy step-by-step instructions to make an apple cider vodka martini:

Step 1: Grab your cocktail shaker and add a half cup of ice.

Step 3: Stir the ingredients until chilled. You can shake it as well, but it’ll take a minute or two for the froth to dissipate. 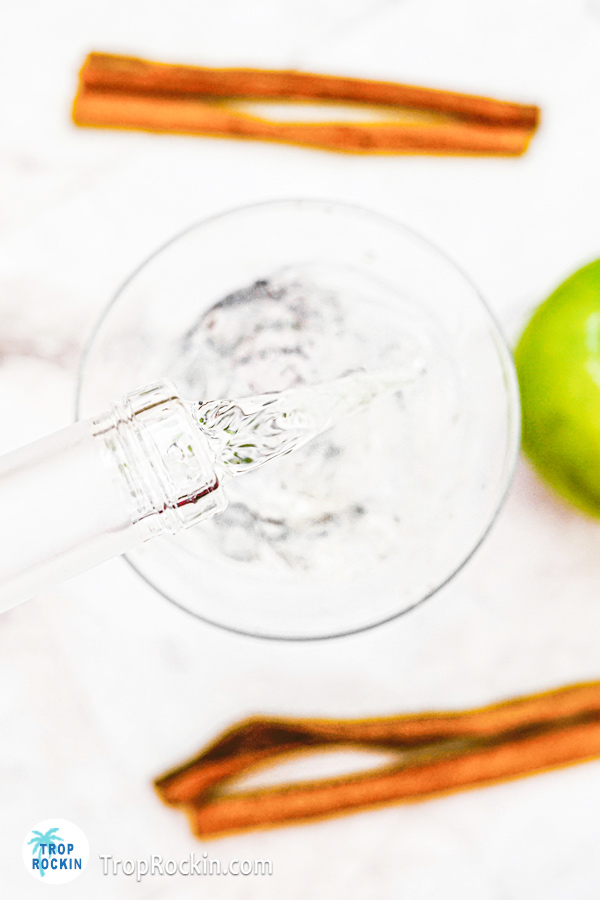 Step 4: Strain into a martini glass.

Step 5: Garnish with a cinnamon stick and a fresh slice of apple.

Tip: If you don’t have a cinnamon stick, lightly sprinkle the top with ground cinnamon. 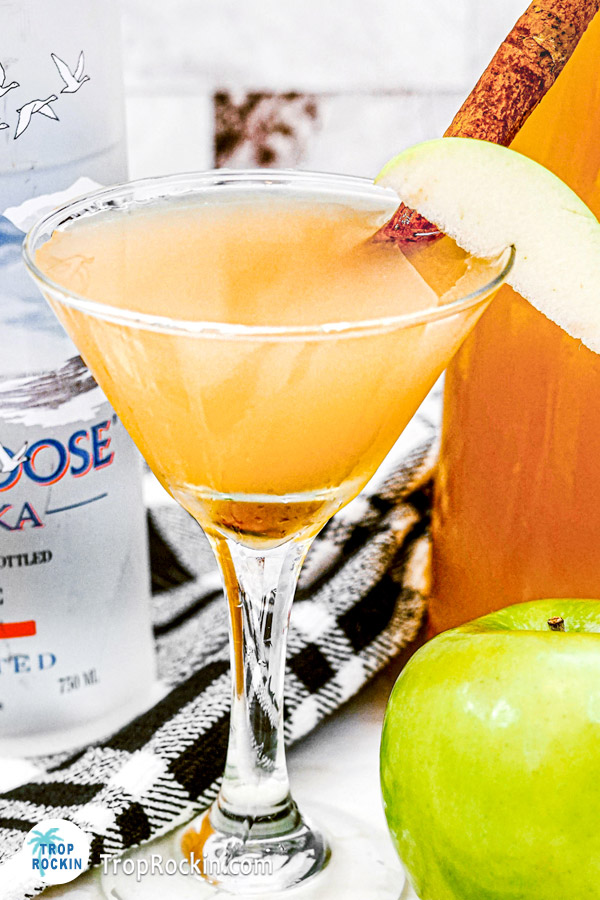 This Apple Cider Martini recipe is full of fall flavors and made with smooth vodka. It’s a wonderful time to enjoy fall cocktails, especially apple cider cocktails, with family and friends.

Tip: If you don't have a cinnamon stick, lightly sprinkle the top with ground cinnamon.