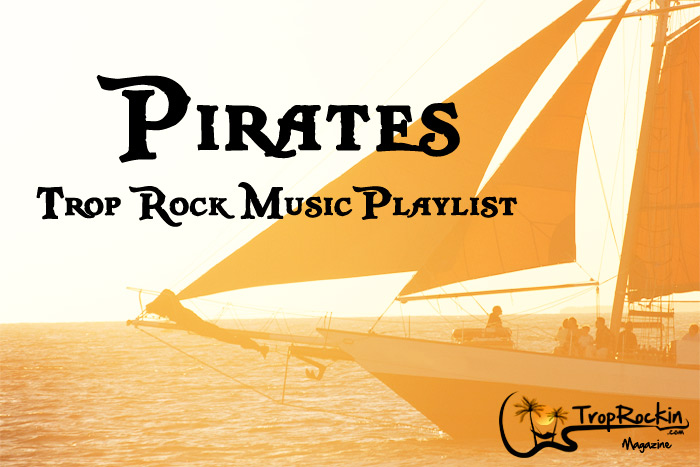 Then you’ll love these songs about modern day pirates as well as the nostalgia of days long ago when Pirates took to the sea. These are quality songs that you’ll listen to year round, not just on Talk Like a Pirate Day. Arrrrgghh.

Note: If you decide to purchase a song after clicking on our links below, the artist still gets their full payment and iTunes/Amazon gives us a couple pennies for helping them advertise. Help support the artists and Trop Rockin’ Magazine!

Boat Drunks: “A Pirate on the Caribbean”
No pillaging or plundering, but “the fun would never end with “Cuban Cigars and Puerto Rican Rum.” This song always makes me feel happy!

Amazon: A Pirate On the Caribbean (Redux)

Jesse Rice: “Gettin’ Down in a Pirate Town”
Co-writer of the #1 song “Cruise” by Florida Georgia Line, Jesse gives us that summer anthem feeling with a Pirate theme.

Amazon: Gettin’ Down in a Pirate Town

Sunny Jim: “Blackbeard’s Navy”
This “Pirate Boy” ran off to join Blackbeard to “Cross the blue horizon until we fall off of the world or we meet with Davy Jones below the sea.”

Donny Brewer: “Coulda Been A Pirate”
A girl in every port, living off the plunders from treasure ships and a your job is drinking rum all day.

Amazon: Coulda Been A Pirate

Tiki Thom Starkey: “Just an Old Pirate”
It wouldn’t be a Pirate song playlist without a fantastic Irish Pirate tale.

Don Middlebrook “Nest of Pirates”
Run, Run, Run until you run out of Rum.

Highway 1 Band: “Should Have Been a Pirate”
Another fun Pirate song and if you love Toby Keith’s original, this Pirate song parody is going to make you smile.

Amazon: Should Have Been a Pirate

Danny Rosado: “Pirates Of The Potomac”
The weekend boaters on the rivers and lakes are the pirates of today, drinking rum and anchoring out with friends.

Amazon: Pirates Of The Potomac